‘You look stupid, and who the fuck is David Bowie?’

On the evening of September 3rd, 2016, I found myself at the London Screenwriters’ Awards. My short story, Shenanigans, had been nominated for best story, and as I sat in a hall packed with incredibly talented people, some of whom I’d admired for years, I wondered for a moment, how the hell had I ended up here? And the honest answer is – I’m not smart enough to learn from my mistakes…

In 1988 I was nine years old, and on one night in December it was the Boys’ Brigade fancy dress party. It had been left up to me to decide what I went as (foolish, maybe) and I chose Jareth, the Goblin King from the film ‘Labyrinth’, played by the amazing David Bowie. In retrospect; it was an unwise choice (mainly due to budget restrictions) and I rocked up to the hall looking less like the leader of a goblin horde and more like the world’s least convincing woman – a blonde wig slapped on my head, and my small frame lost in an XL leather jacket. Despite looking a bit shit (no other way to put it), I was sure this was a fantastic idea, and I’d be applauded for doing something different … turns out, not so much.

Not surprisingly, I didn't win, and I had wildly overestimated my peers' appreciation for my choice of fancy dress. This was evident when John, a 5ft tall Christmas cracker (who took first place) shuffled up to me and asked who I was supposed to be. “I'm David Bowie. You know, from Labyrinth,” I said, gathering my jacket's long sleeves back over my wrists for the hundredth time.

John drew a blank. “You look stupid, and who the fuck is David Bowie?” It was clear that I had gambled and lost, not just the bag of Mars bars up for grabs, but face too.

Now, we all know that you learn life-shaping lessons when you’re young. For instance - the drainpipe on the side of the house is not a load-bearing structure; just because you’ve seen ‘Enter the Dragon’ six times doesn’t mean it’s going to help you in a fight; and of course putting your creative side on display isn’t always a good idea. Lesson learned right?... not really. As I mentioned, I’m not that smart.

Many years later, in 2015, I discovered Create50 and their Twisted story competition – I’ve always loved horror but never really had much opportunity to write it. I set to work on a few ideas, all pretty safe, nothing risky. After all, I didn't want to pen anything too horrific – wouldn’t people cross the street to avoid me? Shun me at parties? It could be like Boys’ Brigade all over again… yeah maybe, but then I thought 'sod it'. What's the point of doing something if you're going to hold back?

I ditched ‘safe’ and wrote something dark and posted it. It turns out I was amongst friends (other weirdos), and the feedback I received was really encouraging. I discovered a community of incredibly talented people and some fantastic stories which were all free to read and comment on. It was a horror anthology that was constantly updating with work from people who were passionate and who were happy to share ideas and give feedback – awesome!


A handful of other entries, new friends and a short-listed story later, and we’re about up to speed, back at the London Screenwriters’ Awards – I gripped the arms of my chair as the runners-up were called out one by one, then… Shenanigans was announced the winner. I was totally shocked and made my way towards the stage (not an easy task when you've had enough Dutch courage to put a medium-sized donkey to sleep) where I stood with other entrants whose stories I'd read and admired (they were a lovely bunch, too).

It was a fantastic evening. My point is, sometimes when you take risks, things don't always go your way. Sometimes, you end up in the corner wearing a wig, fighting to stop the arms of an XL leather jacket from swallowing your hands. But sometimes when you put yourself out there, it can pay off – if you want my advice, always go the full Bowie. 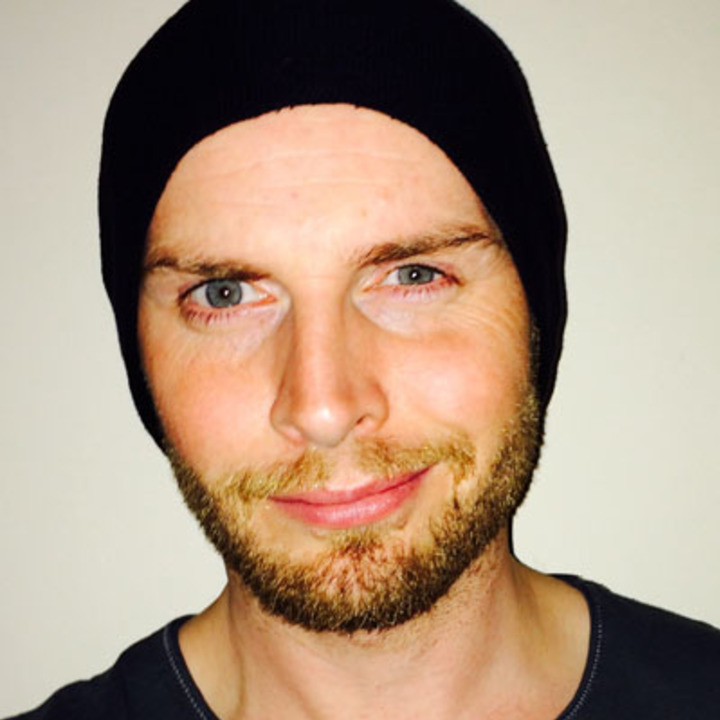 Chris Jeal //Builder
I joined Create50 in 2015. I have reviewed 163 projects.
Rubbish at school, but I once came second in a talent contest singing Vanilla Ice's hit 'Ice Ice Baby', so it all turned out well.

By signing up you can expect to get messages about Create50 and associated courses, events, projects, launches and services. You can unsubscribe at any time and we can remove your data entirely from our systems. We use MadMimi (owned by GoDaddy) to host and deliver our email messages. You can read their data compliance and privacy policy HERE. If you would like help unsubscribing or being removed entirely from our systems, please drop us an email at privacy@londonscreenwritersfestival.com. You can read our full Privacy Policy HERE.